Stephen wanted a meaningful gift for his loved ones for the holidays!

When Stephen came to us, he wanted to purchase a meaningful and personalized gift for his family for the holidays. To us, there is no better gift than a photobook filled with your family’s best and most cherished memories. Stephen agreed that a photobook for his loved ones would make the perfect holiday gift.

QUOTE: Stephen fills out our quick questionnaire, so we receive a simple initial understanding of his project and receive a preliminary quote by one of our expert designers.

QUOTE REVIEW: One of our designers issues a quote for $513 to Stephen that he promptly accepts and we begin the process of reviewing his photo submissions. Stephen is then able to pay a $99 deposit that goes towards the cost of his book.

PHOTO SUBMISSIONS: As Stephen had so many cherished memories, he uploaded 200 of his selected photos via a Google Drive so our team is able to review and begin the preliminary process of designing his photobook.

PHOTO REVIEW: When sharing his photos, Stephen culled his photos down to about 200 and left the choice to Luminta’s designers to further cull his choices while proposing we retain as much as possible. As a result we are able to keep 80% of Stephen’s best submitted upon review during our culling process.

PHOTO OPTIMIZATION: As part of the design process, our expert optimize all photos for print. This involves brightening, color correction, cropping, straightening and more. Because most of Stephen’s pictures were captured over the years, there was a mixture of physical and digital photographs that required careful scanning, restoration and edits.

FIRST DRAFT & REVIEW: Following optimization, our designer professionally laid out Stephen’s photos into a photobook that compliments his photobook story. Because Stephen had quite a lot of photos, the team was able to include more photos per page, totalling to about 53 pages. Upon completion, our designer then sent a virtual copy of the photobook for Stephen’s review/feedback/approval. Luminta makes any changes that Stephen requests within 2 free rounds of review and changes. This is also where he can provide instructions to include text.

FIRST DRAFT FEEDBACK & ADDITIONS: Upon review of Luminta’s first draft, Stephen decided he wanted to include a few captions within his photobook. This is not a problem as this is an add on that Luminta offers! With new requested captions, Luminta’s designers will need additional time to add and design the captions to compliment the photobook’s layout. The additional time of 45 minutes is proposed to be added to Stephen’s final invoice and approved!

SECOND ROUND REVISION + SEND TO PRINT (2 Copies): Following the addition of new captions, Luminta’s designers deliver a follow up draft for Stephen’s review. Stephen promptly approves and we are able to send his photo book to print for 2 copies! The cost of his additional copy is also included in his final invoice.

PRINT REVIEW: Once the photobook has been printed, our experts check the photobook for quality once it's received back from the printer to ensure that it meets our premium standards.

PACKAGE & ENJOY!: Once approved, we elegantly package Stephen’s photobook and it's off to deliver to him via FedEX or USPS ready for him to put under the tree to gift for the holidays!

"My wife and daughter was over the moon at their photobooks. It made the perfect heartfelt gift for Christmas that I knew they would love. Luminta designed and arranged all our favourite memories perfectly "
- Stephen 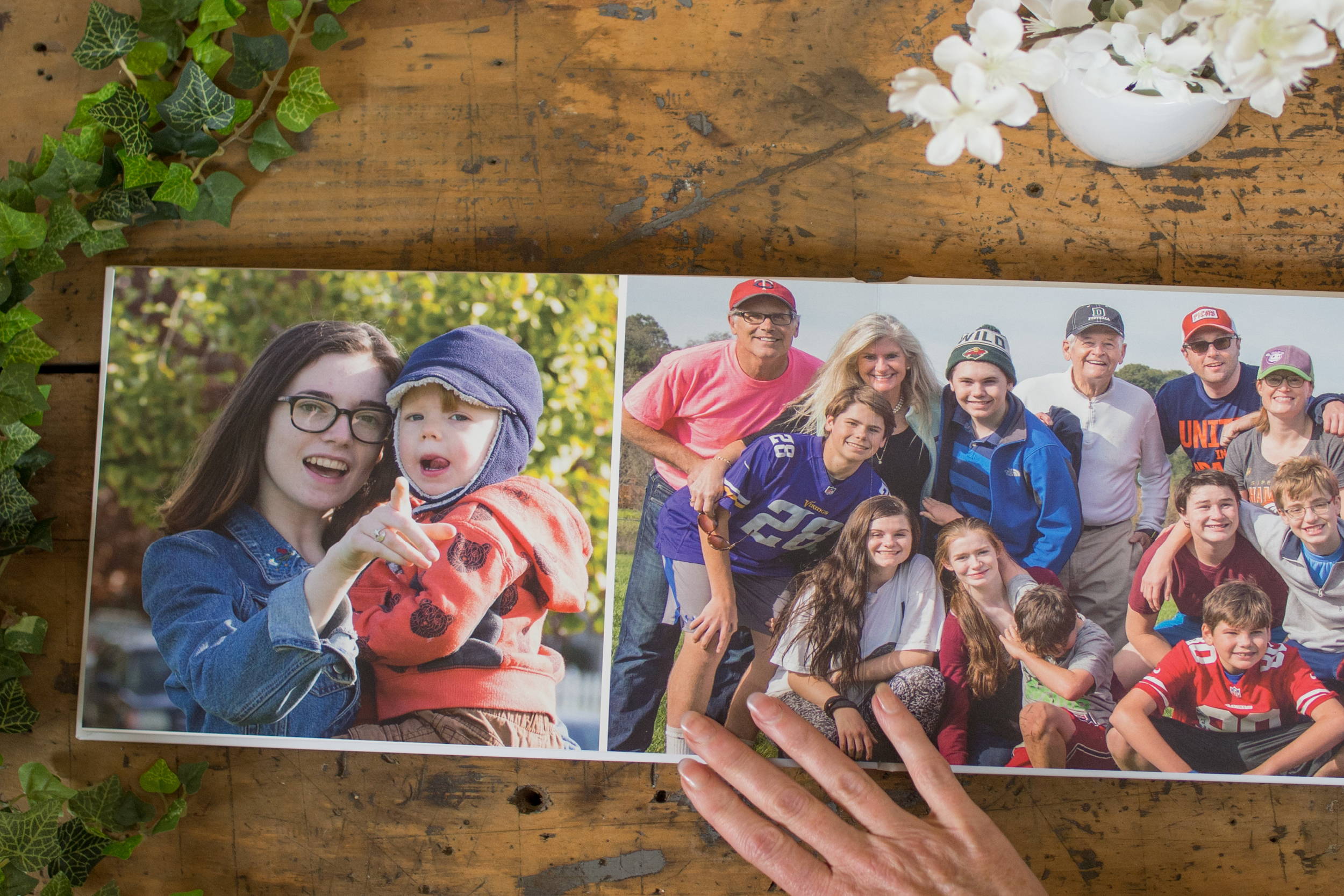 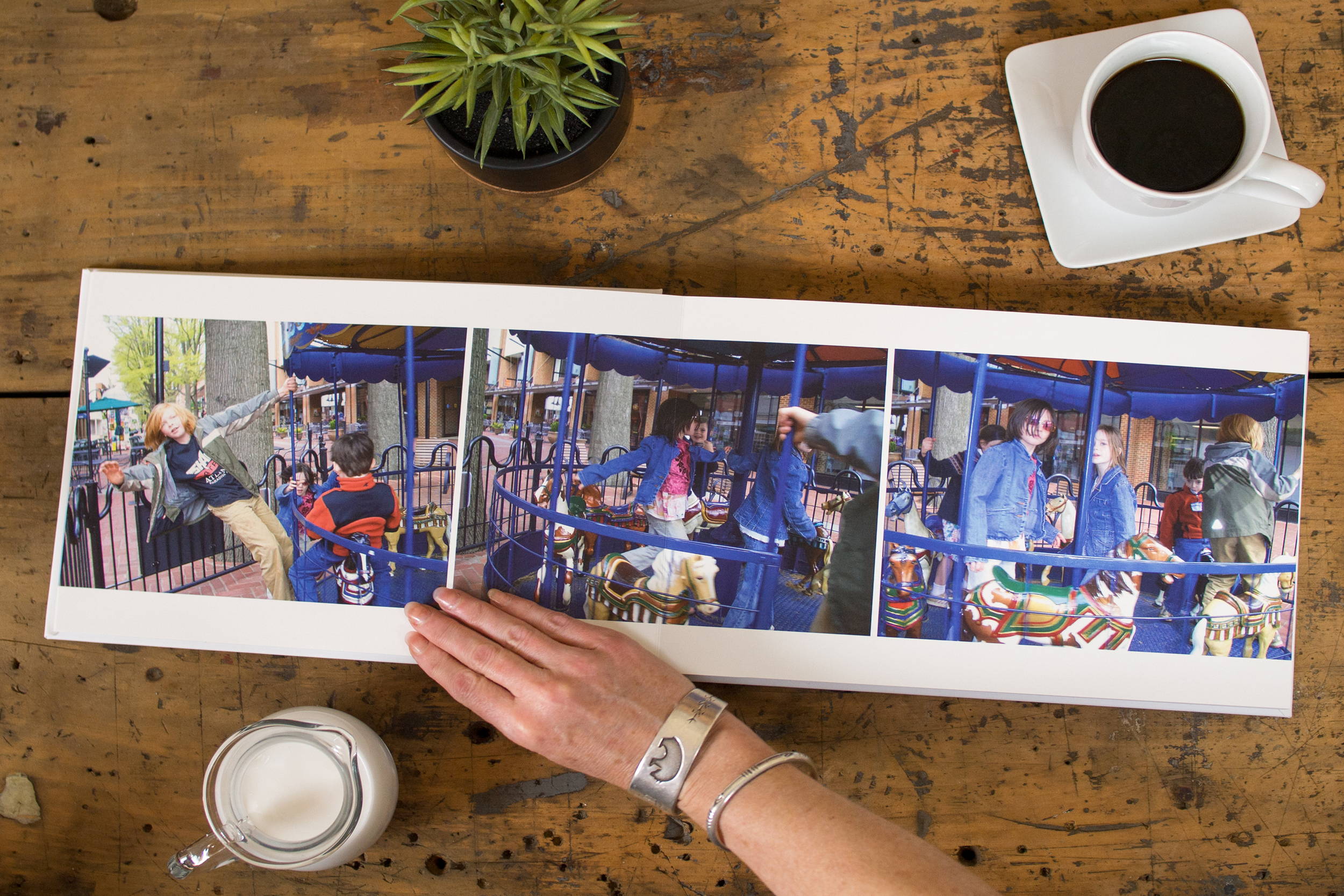 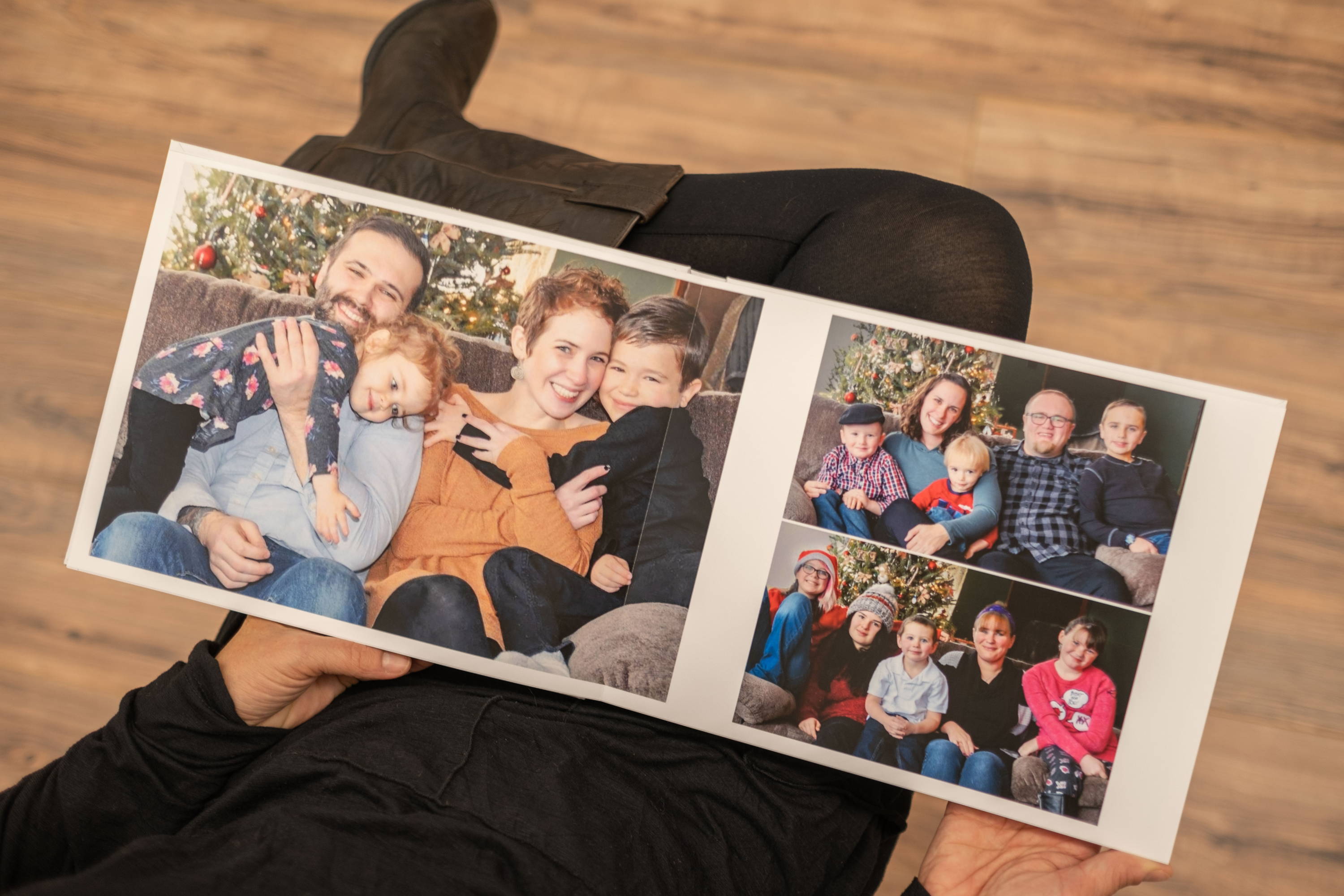 Lucy's big day was worth remembering. She wanted a photobook for herself and her family so she can look back on all the wonderful memories.

Babies grow up so fast! Julie wanted to be able to look back on photos of her newborn someday and a photobook filled with her baby's best photos does just that!

Michelle was looking for a way to reminisce on her family's most memorable vacations. A Photobook was the perfect way to capture and revisit them forever.